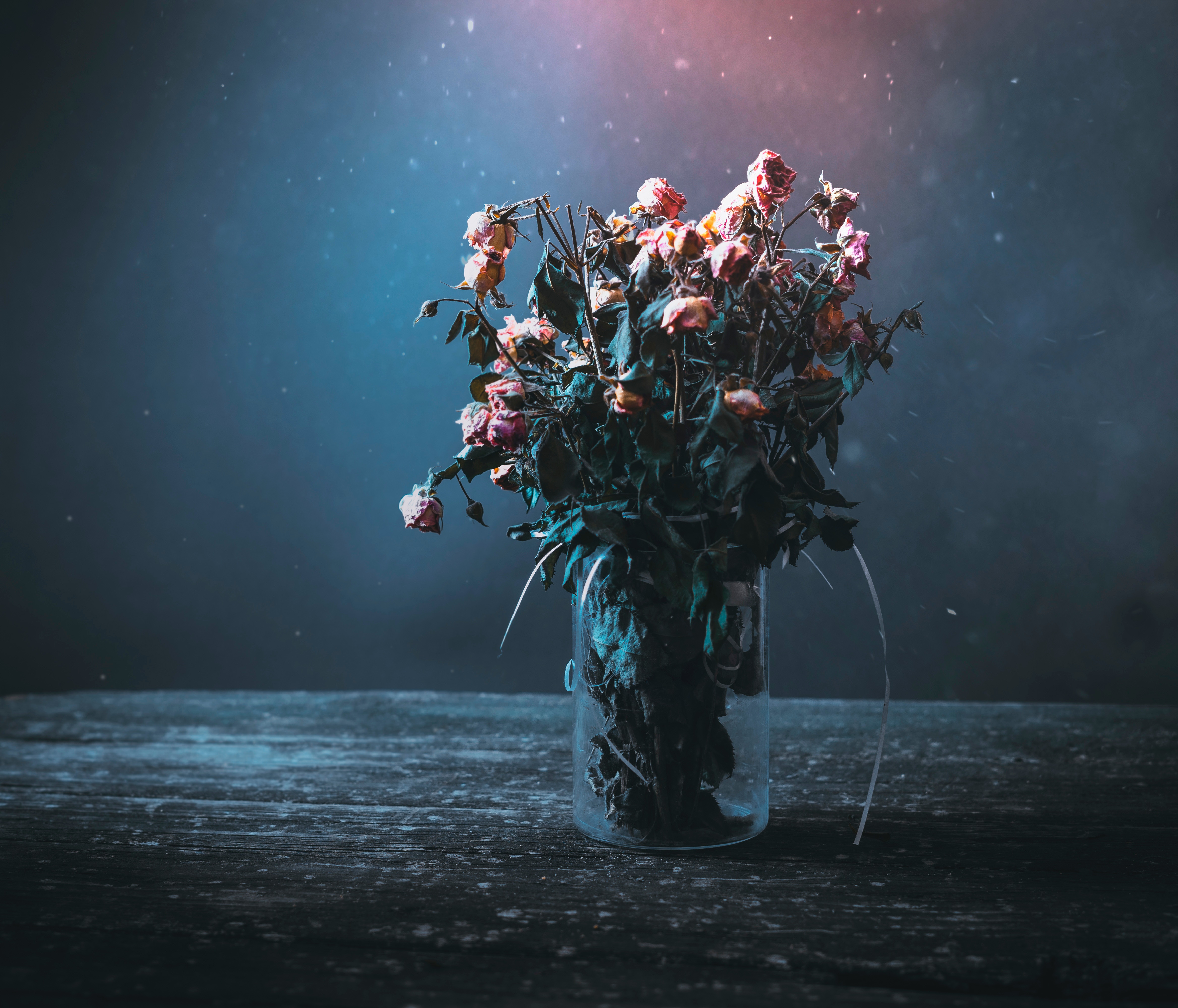 I was on my way home from class and attempted to turn right at a red light, after stopping of course. All of the cars to the left were stopped so I assumed I could go. As I begin to turn, however, a fire truck came speeding through with its lights on as well as a faint siren. I hadn’t seen it because of the other cars, and like I said, the siren was faint or maybe not there at all. I honestly don’t remember. Thankfully, I hadn’t pulled out too far to where a crash would occur (oh, the irony), so it was okay. I kept driving and another fire truck drove up behind me so I moved to the side of the road. This set me on edge a little because it always scares me to know someone’s in danger, but it’s also comforting to know there are people going to save them. I kept driving and came to another intersection where yet another fire truck came from the road to the left and turned right, headed the opposite direction of the two I had seen moments before. Another one came right after it, following suit. And then on the opposite side of the intersection, an ambulance came barreling through, turning the same way as the previous two. Another fire truck came from the left-hand side and I assumed it would turn left to follow after the others, but it kept going straight. Not entirely sure if that made any sense, but basically it seemed as if there were a total of three different destinations for these first responders and I found it a little nerve-racking. Because of the overload of emergency vehicles, my mind overloaded with memories of my sister. I only have vague memories of when she passed away. I remember seeing her face, I remember frantic yelling as my sisters and I figured out what to do and seeing the ambulance and fire trucks arriving, along with at least one cop car. I remember being taken to a different room, only now realizing, six years later, that they took me out so they could take my sister away as well. I remember crying into my brother’s chest. I remember our nanny being terrified when she saw the vehicles parked at our house, but that was the least of our concerns. I remember my sister being gone. I remember that everyone was too late. They came to save, but they came too late.

These memories flashed through my mind as I continued to drive. We had realized my sister was gone maybe around 8 in the morning or so, but she had most likely been gone for hours at that point. Tears welled up in my eyes as I remembered how the ambulance couldn’t have helped my sister hours after the fact. They were too late. Too late. Too. Late. Frustration built up inside me as I was still on the verge of crying, while not entirely to the point of tears-streaming-down-my-face. I kept driving and kept remembering. I saw her face again and again. I saw the fire truck parked at the curb of our house. I heard our cries in my mind. The memories kept coming and coming and I couldn’t figure out why simply seeing a few fire trucks triggered this surge of emotion. As I said before, they always make me think of that day, but they had never made me cry until this point. But it got to a point where I could barely see anything in front of me and I couldn’t stop crying. I hadn’t cried this hard over her death in far too long, and that brought me a sense of guilt, which in turn made me cry more. Out of the deaths in my family, I won’t deny that the death of my mother has affected me the most. However, Shannon’s has also affected me greatly but not to the same extent. When I remember them and their death, I either think solely of my mother or both of her and Shannon. But very few times have I cried over just Shannon. It was like I had been holding it all in for the past six years and finally let it out, crying over the death of my sister. Remembering her smile and beauty and joy. That couldn’t be replaced and it felt like too long since I had seen her face. I never had the chance to know her as much as my Mom and we didn’t have as close of a relationship, but she was my sister. No loss is the same as that one, and it never tore me up as much as it did on my way home today.

I have multiple triggers for different things. I still feel uncomfortable being in hospitals, and I always hated driving by the Florida hospital when I lived there. It only reminded me of the countless visits there to see my mother and just of sickness in general. A box of doughnut holes almost made me cry once because that’s what we ate when my mom passed away and/or when Shannon did too. I cried all the way home today because of a surge of emergency vehicles driving through. If my class had gotten out later, I would have avoided the mess that I soon became after the tears in my eyes spread across my face. I can’t see a firetruck without remembering the day they were outside my house. I can’t hear the word “cancer” without remembering my mother’s weakened face. A lady came through the drive-thru where I work and as she drove away I noticed the back of her head and how it was bald. I almost started crying as I put the money in the cash drawer, but then put my smile back on as I served the next customer. If people mention something about a seizure, one of the countless images pops into my mind as I remember all the pain my sister felt from them. At the time, I never realized the lasting impact these things would have over me. But here’s the thing, all of these things trigger me mainly because I’ve associated them with these awful events. It hurts so much to think of their death because of how much I knew their life meant to me and others. And yet I constantly only focus on the death part. Yes, I still cry over my mom, sister, and grandpa’s deaths, but thinking of them, in general, is just as hard as driving past a hospital or seeing how long an emergency room wait is on the billboard on the interstate. These are all difficult memories but I often forget to focus on the good. The flowers at Home Depot cause me to think back to the countless days we would spend in that area as my mom chose flowers for her garden. Hearing the hymn Amazing Grace makes me think of Shannon smiling when she heard it too. I hear my mom’s laugh when the phrase “excuse you for what?!” pops in my mind at random moments. I still don’t remember what it’s from, but it was our little joke. I recall Shannon’s yearning for the grocery store balloons whenever I see them hanging above the check out. My sister didn’t get her chance the day she died, but she did every day for the years prior. I tend to forget that. It often feels like I didn’t get enough time with either of them, but I know that’s how it’s meant to be and it’s okay. My time here is temporary as well, but someday time won’t be a boundary because I will be with them both for eternity.

With Shannon’s loss, I regret not growing closer to her despite the boundaries that her disabilities brought. I regret not crying this hard over her death until six years later. I regret not loving her to the extent that she deserved. I had a collection of memories with my mom that I’ve written down, and I always wish I could write as many for Shannon as I did for my mom. Most of these triggers are unavoidable, so I won’t go around telling you to never mention those things to me or anyone who’s lost someone in general. But I’m also not going to deny the reality these triggers hold. I’ve had multiple people within the last year and even this week who have lost loved ones, and it breaks my heart wondering what triggers they may be getting now as they begin to associate things with those devastating events. I always want to warn everyone about it, but there are few ways to avoid it. I know I can control my reactions more and maybe keep it together next time I see someone with cancer, but it is extremely difficult when that seems to be all that consumes my mind once the image or memory comes to mind. These things don’t just go away. Today I realized they certainly aren’t gone just because I didn’t sob over it for a little while. (Just wanted to clarify that I have cried over it within the last few years, of course, but it never hit me as hard as it did that day.) The people may be gone, but the memories certainly aren’t, I just wish I could focus more on the happy ones rather than the sad. It still hurts to an extent knowing the good memories of them are over, but it’s less likely for them to make me cry all the way home.

The day I post this will be six years since she passed. I remember it being one year, then two, and three, and four. Five felt like a milestone. A milestone that felt like that would be all we had to do. That if we could make it five years, we could do anything. But six years makes me realize it’s not going to end. I hope the pain will begin to subside over the years, but I’m responsible for that, not time. I want to learn to not break down from little triggers. I will always emphasize the importance of letting yourself feel pain, but not all pain is necessary. I want to focus on the good memories instead of the bad and to focus on Shannon’s smile instead of the absence of it. I’ve missed Shannon every day for the past six years, I only wish I could some day have the same joy she had every day of her life.